"His mind unable to hold any more, he sees, yet does not witness. He shall become the rain that will extinguish the dawn."

The Witness is the one of the fifteen Hosts featured in HOURS.

The Witness is unlocked after completing Downcast Days. He is mainly a wild card and is generally an all-rounder on the battlefield, with a mix of range and its versatility from obtainable moves, though he is initially a defense-focused melee attacker. His true name is Rain over Dawn.

The Witness appears as a white and grey humanoid with red eyes and some red wires. He also shows two grey wires are on his shoulder. His weapon is a ukulele with electric properties.

Witness is an exceptional fighter, typically performing best at close range, but this can change drastically depending on his chosen upgrades.

Bash (M1 Combo) is a mid-speed basic attack, with a somewhat longer range than the animation may imply. Its longer windup time compensates for its high damage, and its sweeping range allows it to easily hit multiple adjacent enemies. With upgrades to the skill, this becomes even more pronounced as damage can chain to other nearby targets.

Kick (M2) clocks in as the fastest attack in the game, with absolutely no windup time; however, it is also the shortest range attack, requiring you to be right next to the target to hit. It deals very little damage, but staggers the target, making for an instant action canceler.

Shield (SHIFT) gives Witness additional shield HP for 4 seconds. During this time, Witness is immune to most negative effects (unless all Shield HP is gone before 4 seconds).

Smite (Q) is Witness' main tool for closing in on enemies and initiating combos. It deals high damage, can be used at very long range, and stuns on hit. Its large Area of Effect makes it difficult for the average enemy to dodge.

Witness also begins the game with a passive ability called Conduit. This ability activates whenever an active ability is cast (except Kick, in which case the kick must hit an enemy for the skill to activate), and reduces the cooldown of all other skills by 10% of the cooldown of the active skill that was just used. Additionally, this ability can come with a passive damaging bonus via upgrades.

Conduit (Passive): Casting an ability reduces all cooldowns by 10% of the ability's cooldown.

Activate to increase power by 100% and movement speed by 30% for 8 seconds. 40 second cooldown.

Activate to teleport to a random location. 12 second cooldown.

Activate to place a decoy that has 20 health and explodes upon expiration for 40 damage. 20 second cooldown.

Activate to shoot a rocket, dealing 150 damage in an area. 60 second cooldown.

Activate to build a wall which blocks attacks while dealing 4 damage per second and slowing by 75%. 20 second cooldown. Holds 2 charges.

Activate to place a turret that has 100 health and deals 8 damage per second. The turret loses 8 health per second. 30 second cooldown.

Miniature Devil: Bash deals 50% more damage to targets that are stunned, slowed or staggered. Gain shields equal to 25% of damage dealt with Bash for 4 seconds.

Thunderclap Vessel: Every 4th Bash in a combo hits twice and stuns targets for 2 seconds.

Lichtenberge Spawn: Kick deals 140% more damage and its cooldown is reduced by 1 second if it interrupts an action.

Under the Weather: Kick deals an additional 8 damage over 1 second, staggering for each tick of damage.

Dominus Pluviam: While Shield is active, increase your power by 20% and increase its cooldown rate by 25%. Increase the duration of Shield by 2 seconds.

Immortal Mantle: Shield explodes for 20 damage when it ends. Shield amount is increased proportionally by missing health percentage up to 50%.

Spiral Conduit: Enemies that hit you with an attack while Shield is active will be staggered and take 10 damage. When Shield is cast, gain a secondary shield for 1.5 seconds.

Periastron Delta: Smite chains to up to 3 nearby targets, dealing 50% of the damage dealt and stunning for 1 second. Can chain to friendly targets and does not deal any damage when it chains this way.

Subspace Artifact: Smite leaves behind a zone of static electricity that deals 30 damage over 3 seconds. 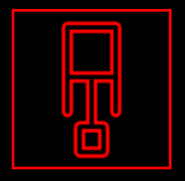 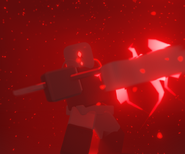 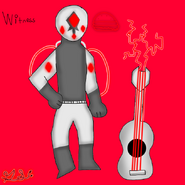