Completing the game with the first 5 hosts (Invader, Prophet, Witness, Artisan, and Vestige) on any difficulty.

The Visitor is one of the fifteen Hosts featured in HOURS.

The Visitor is unlocked after beating the game on any difficulty with Invader, Prophet, Witness, Artisan, and Vestige. He is a very tanky host with a decent combination of melee and ranged capabilities. His true name is Zeronil.

The Visitor appears as a navy blue humanoid with what appears to be a straw hat and an umbrella/drill. His body and clothes seem to be made of a crystal-like material, as shown by his luminance and the spikes coming out of his shoulders. He is the only host whose icon does not appear on their face; his icon represents his head and hat.

Visitor is incredibly slow, but boasts stronger defensive capabilities than any other host.

His specular defense is achieved with his passive ability, Skin. Visitor can have up to 6 charges of Skin at a time and regains 1 charge every 5 seconds, and loses 1 charge when taking damage. He gains 10 armor for every charge of skin, and his body glows brighter with every charge. These charges can be lost very fast to barrages or melee attackers, but become much easier to retain with upgrades.

Drill (M1) hits three times with a longer range than most basic attacks, with an above-average overall damage output. The windup of this skill is very fast, but its longer duration leaves Visitor vulnerable.

Beam (M2) is Visitor's primary source of damage, firing a beam that homes in on the target for constant damage. This skill can be canceled at any time, but if executed in its entirety, the final burst deals very high damage and recovers HP. A Beam which maintains constant contact for its full duration is generally enough to kill any normal enemy at full health in earlier stages or lower difficulties. The turning speed of the beam is rather slow, so this skill is best used against targets that are not moving, or are moving directly towards or away from Visitor.

Burrow (SHIFT) digs under the battlefield, preventing damage until Visitor resurfaces, dealing damage in a small area where he reappears. Unlike most mobility skills, it moves in the direction of the camera rather than the direction Visitor is facing. It is unaffected by auto-aim.

Skewer (Q) is a short ranged attack which prevents the target from moving on hit. This is typically used to close in on enemies or keep one's distance in order to fire a Beam.

Anti Matterhorn enlarges the drill and charges at enemies for 3 seconds for lots of damage. Like Beam, the homing of this skill works slowly, so it should be lined up well before use. While the skill is active, Visitor slowly loses HP, and by extension he also rapidly loses charges of Skin. Each hit of the attack hastens Skin's recovery time, but this does very little to counteract the loss of charges from using the attack at all, especially if it misses. To prevent Skin charge loss, Anti Matterhorn is best used in conjunction with Re: Self, or with Behind A Front ready to use when the attack is over.

Skewer (Q): Create a line of spikes that roots the first enemy hit for 2 seconds and deals 20 damage. [9s CD]

Skin (Passive): Start with 6 charges of Skin. Every charge of Skin grants 10 armour. Taking damage causes you to lose one charge of Skin. Recharges every 5 seconds.

Regenerate a shield with 20 health when Skin is at full charge. Activate to restore all charges of Skin and recharge the shield. Can be activated while attacking or staggered. 20 second cooldown. [ID: 22]

Activate to do a giga drill attack, consuming 24 health to deal 240 damage over 3 seconds. Each hit reduces the cooldown of Skin by 4 seconds. 30 second cooldown. [ID: 23]

Skin gives 30 extra armor at full charge. Nearby enemies are slowed by 10% and lose 0.5 health per second per charge of Skin. [ID: 21]

All charges of Skin are returned at once. Increase the cooldown of Skin by 5 seconds. [ID: 20]

Drill reduces the cooldown of Beam by 2 seconds. Reduce the windup time of Beam greatly. [ID: 1]

Every hit of Beam applies 1 stack of All Returns. The final hit of Beam consumes all stacks, dealing 1% of the target's maximum health as damage per stack. [ID: 12]

Beam deals damage twice as fast and its duration is cut in half. The final hit of Beam reduces the cooldown of beam by 3 seconds. [ID: 13]

Every 4th consecutive hit of Beam deals 8 damage in an area. Beam pierces once. [ID: 10]

The Void of You

Beam deals bonus damage proportional to the target's reduced speed, up to 50%. The final hit of Beam heals for an additional 8% health over 2 seconds. [ID: 9]

Beam's periodic damage increases by 16% per second. Increase the duration of Beam by 1 second. [ID: 11]

Burrow increases your power by 50% for 4 seconds and grants a decaying 20 health shield for each enemy hit. [ID: 4]

Enemies hit by Burrow take damage equal to 8% of their maximum health when landing. The cooldown of Burrow is reduced by 2 seconds for each enemy hit. [ID: 5]

Increase the radius and damage of Burrow by 100%. Each enemy hit restores 3 charges of Skin. [ID: 6]

Skewer travels 100% further and homes in on enemies. A second Skewer is created in the opposite direction.

Note: Absolute Nil and Re:Self are at minimal graphics. 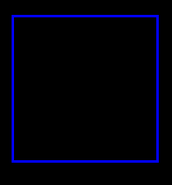 A council of Visitors (Made by DarkMinerals#9739) 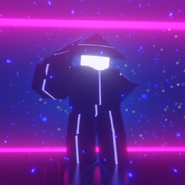 Zeronil chilling (Made by Gears#6442) 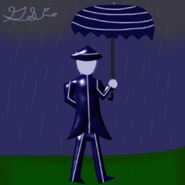 (Made by Necromancy#1464)
Community content is available under CC-BY-SA unless otherwise noted.
Advertisement