"Once a proud member of the Guilty, now forlorn in exile. They say your eyes are windows to your soul, and only half of his soul remains."

The Vestige is one of the fifteen Hosts featured in HOURS.

The Vestige is unlocked upon completing the game once on any difficulty. He is a long-ranged host which can blast many enemies while out of their range. His true name is Trickshot.

The Vestige appears as a grey and black humanoid wearing a black cowboy hat and wielding many gun-like weapons. His icon is marked on his face.

Vestige is the only free non-hidden ranged-based host. He has many different play styles, primarily focusing around critical hits and keeping distance from enemies.

Blast (M1) is Vestige's main attack, firing a simple projectile. While it deals low damage, its infinite range is quite useful, though it should be noted that the projectile (by default) does not travel too fast and therefore the attack loses accuracy at greater distances. Vestige's passive ability, Critical Magic, provides a 1/8 chance of a Blast projectile to land a critical hit, which deals double damage, recovers 5 HP, and can apply any number of effects to enemies with upgrades.

Snipe (M2) is Vestige's primary source of damage. In exchange for a longer windup time, this skill fires a larger projectile which travels slightly slower than a basic Blast and deals very high damage with a minor Area of Effect. This move is the cornerstone of most play styles. Because of the windup time, this skill is much more likely to hit its target if the target is not moving or is moving directly towards or away from Vestige.

Backflip (SHIFT) is a backwards dash. It also propels Vestige into the air away from the direction of the camera, allowing him to dodge almost any attack while airborne, as very few enemy attacks are homing or can target vertically.

Slam (Q) is Vestige's only melee attack, charging forward a small distance to strike the target. A hit leaves the target momentarily stunned, allowing for a safer getaway. The dashing range is unsuspectedly short, so these close range getaways should be the skill's primary purpose.

Advanced Playstyle tip: The Propago perk resets the cooldown of Backflip when Slam is activated, and the Reditus perk resets the cooldown of Snipe when Slam is activated. If both perks are taken, Vestige can quickly snipe 3 times in a row via the skill combo [Snipe > Backflip > Snipe > Slam > Backflip > Snipe] . This combo is even more effective if the target is in range of Slam.

Note: All of Vestige's Obtainable Ability names are preceded by 'Conjure:'.

Burning Gaze is a buff skill which causes all Blast shots to be guaranteed critical hits for a short time. This buff has a very short duration and a very long cooldown, so it should be saved for strong enemies.

Cascade fires a spread of 6 Blast shots. These blasts are rather inaccurate and thus this upgrade option tends to be outclassed by others. However, a close range playstyle may benefit from this ability.

Blazing Steps increases Vestige's movement and attack speed for a short time. During this time, Vestige is also able to use Blast while moving. This makes it possible for Vestige to dodge and attack simultaneously; however, the slight delay between aiming and firing while moving reduces the skill's accuracy.

Rainstorm causes Blast shots to fall from overhead for a short time. During this time, Normal Blast shots fired by Vestige deal more damage. This can be combined with critical hit enhancing perks for a very high overall damage output while this skill is active.

Critical Magic (Passive): Blast has a 1/8 chance to deal double damage and heal for 5 health.

Activate to cause all Blasts in the next 6 seconds to be critical hits. 40 second cooldown. (Vestige's 'eye' emits a flame while this is active.)

Activate to increase movement and attack speed by 25% and allow Blast to be used while moving for 6 seconds. 20 second cooldown. (Vestige's foot emit flames while this is active.)

Charm: Circulation: Blast shots bounce off walls and redirect themselves at the nearest enemy when doing so. Crits cause Blast shots to bounce off enemies.

Charm: Confirmation: Casting an ability causes the next Blast to crit.

Charm: Nullification: Taking more than 4 damage causes the next Blast to crit. Passively dodge 33% of attacks.

Charm: Replication: Blast has a 33% chance to fire a second shot 1 second after the first shot has been fired.

Charm: Superstition: Every 4th blast is a guaranteed crit.

Spell: Crescendeus: Direct hits with Snipe increase the damage of the next Snipe by 30%, up to 150%. Missing resets this bonus.

Spell: Farquadus: Snipe knocks you back and deals 2% bonus damage per stud travelled, up to 200% bonus damage.

Spell: Crepitus: Backflip deals 20 damage in an area. Increase the distance travelled by Backflip by 50%.

Spell: Incanto: Slam quadruples crit chance for 6 seconds if it lands. Increase the distance travelled by Slam by 100%. (Vestige's gun emits a flame while the effect lasts.)

Enchant: Leeching Rounds: Crits heal you for 30% of the damage dealt and reduce cooldowns by 1.5 seconds. 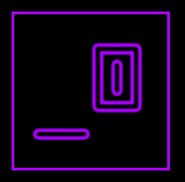 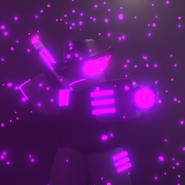 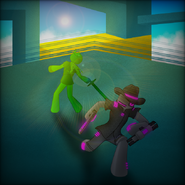 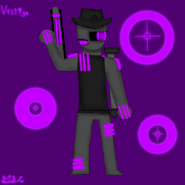