Beat the game with all Hosts available in the game on a difficulty above weeks. (this excludes dreamer, unless you have him.)

"The unstoppable. The unavoidable. The impending. He is the cause of all things told. A mission void of completion, as he serves the never ending voice of the necessary."

The Impetus is a host created by IdiotBuilder.

Impetus is an extremely fast and technical host, with things called combos. Combos occur when you use certain abilities in certain order. It is important to memorize combos and what they do in order to achieve success as Impetus.

A gray, blindfolded figure, with black lines branching down from his concealed eyes. He dons a black cloak that hoods his head, and has a long tail end that drags behind him. Below the cloak, on his body, are many chains, bands, bracelets, necklaces, and armor pieces, all grey scaled. He wields a large Scythe, with a long gun metal grey handle.

Impetus is a fast paced and hard to master host. It has many different combos, many different actual combos, all capable of dealing lots of damage. It's all about the player's input and skill for this host.

Reap (M2): Slice the scythe down for a brutal 50 damage staggering hit. If this attack is the finishing blow, half cooldown and heal 30 health. [8s CD]

Cleave (Shift): Dash forward and slash at the peak for 20 damage and staggering. [9s CD]

A combo is a series of inputs required to preform a special move. The move is executed in place of the last input in the combo. The abilities in combos must be preformed within at most 2 seconds of each other, however, this time frame does not begin until the attack's entire duration has been carried out, excluding hurl.

L-L-L-R = Emancipated Reap: Black smoke engulfs your scythe as you slice down for 80 damage and healing 20 health. if the finishing blow is dealt, half cooldown and heal 40.

Q-Shift-R-L = Perish: Swipe the now black flame engulfed scythe in a deadly arc, dealing 100 damage and stunning for 1 second. This heals for 35% of the damage done.

L-L-Shift = Not personal: Quickly move behind the nearest enemy, and slice through them for 30 damage, and stunning for 3 seconds.

L-L-L-Q = Counter: Bring your scythe up for 1 second. Any enemy that melee hits you during this window will be stunned for 2 seconds as you preform a 25 damage upwards slash.

Q-L = Multi slash: Teleport to your victim and slash quickly for 5x6 damage.

R-Q = Disarming bash: Bash with the handle of your scythe for 15 damage, and disarm for 6 seconds.

R-Impale = Deadly Duo: Impale the target, the smash them against the ground for 30x2 damage.

L-Q-Shift-Impale-R = Final ascension: With a hefty windup, slam the scythe into the ground, causing a massive black explosion that deals 150 damage to anything in its wake. This stuns for 2 seconds, and slows enemies by 50% for 6 seconds.

L-L-L-Kick = Brutality: Kick the target down and stomp on them for 4x5 damage.

Kick-Q = Maim: Throw the scythe to sever one of the target's limbs. This causes a permanent damage over time effect that deals 3 damage every second.

Kick-Impale-L = Luck of the draw: Swipe the scythe for 15 damage and apply 1-2 random effects for 2-7 seconds.

Impale: Impale the target with your scythe, dealing 40 damage and healing for 75% of the damage dealt. [13s CD]. Adds 3 new combos.

Invader's fate: The first slice in a combo is a swipe that deals 28 damage and reduces cooldowns by 1 second.

Knives of fate: Successful hits with slice summon 4 2 damage knives that fire themselves at the nearest enemy.

Impending: Become unstoppable while Slice is being used. Slice heals by 3 per hit.

Flame retardant: When using Reap, the scythe is engulfed in black fire, and applies a burn effect that deals 25 damage over 5 seconds. Increase Reap's damage by 50%.

At the speed of death: Reap teleports to the nearest enemy when used. Reap increases your own speed by 80% for 5 seconds on successful hits.

Bleeding: Reap applies a bleeding effect for 7 seconds, in which targets take 3 damage per second, and take 25% more damage.

Morphed's fate: Reap stuns for 2 seconds, and applies a 25 health healing over time effect on you.

Beheading: If Cleave preforms the killing blow, reset the cooldown and strengthen the next cleave by 100%. The effect can stack up to 300%.

Tangent's fate: Cleave releases a 30 damage black explosion on hits. This effect has a 10% chance to backfire and deal its damage to you instead.

侍の戦い: While cleave is being used, all hits are parried and for every parried hit increases your damage by 25% for 3 seconds.

Rebound: Hurl rebounds to the next nearest enemies, up to 2 times. Hurl's damage is increased by 50% for every hit enemy, and this bonus is erased when hurl ends.

Dreamer's fate: Hurl causes 20 damage eruptions of light to appear under each point of contact. Hurl slows enemies by 60% for 5 seconds.

Reveal blindfold: while using hurl, the blindfold comes off and your face glows black. Anything in the vicinity is slowed and takes 10 damage per second. Decrease Hurl's velocity by 50%.

Break off: Hitting with Hurl causes 5 smaller 10 damage homing scythes to shoot from the hit. Hurl slightly homes in

Enchant's fate: Every hit, a star will begin to orbit around you. You can have a max of 10 stars. When using a combo, consume all stars and increase the combo's damage by 6% per star.

Cataclysm: A familiar looking "Drone" hovers around you, spitting red fire at enemies. This fire deals 5 damage and applies a burn effect that deals 3 damage every seconds for 6 seconds.

Catastrophe: A familiar looking "Drone" hovers around you, spitting red fire at enemies. This fire deals 2 damage and applies a burn effect that deals 6 damage every seconds for 7 seconds. 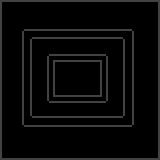 Beat the game with Impetus 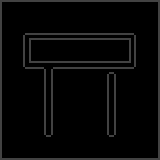 Beat the game with Impetus without using a combo.

Activate to completely freeze time for yourself for 3 seconds. Any damage you take turing this is negated. 15 second cooldown. Overclocked increases duration to 5 seconds, and causes any damage taken to be converted to shield, equal to 25% of the damage absorbed.