¨Fated to die since birth. When the time came, it´s fate could not be avoided. But fate is a laughing stock in the face of irony, as it has been born anew.¨

The Morphed is a fan-made host created by Yours truly, unlocked via completing the Luminescent Lights stage.

Morphed is extremely versatile and unique host, promoting many different play styles. (For example, if you prefer a defensive play style, keeping your charge high and using low charge moves would be optimal) It´s main gimmick is charge, which is gained when dealing or receiving damage. It gives more armor the higher it is, and it is used to preform most abilities. Keeping it high makes you near impossible to kill. Morphed has many ways of dishing out massive amounts of damage, but doing so lowers your defensive capabilities, making Morphed a constant battle to stay alive whilst also killing your enemies. Morphed always has something deadly in store, but will always have a drawback, even if little.

The Morphed is a translucent dark red hologram, with each limb slightly apart from the torso, connected by wires. It´s head and all it´s limbs have spikes protruding from the back in a line downwards. It´s torso has a large hole in the center. It´s weapons is an arm blade on it´s right arm. It´s face has 2 parallel vertical rectangles, with 2 smaller squares inside each.

Morphed is a mix ´n match of playstyles, being able to work with nearly anything. The most viable however, is a playstyle in which you dish out MASSIVE damage, whilst using your speed to dodge enemy attacks, as you have low defensive capabilities.

Impale (M1) is very similar to Prophet´s M1, as using it in the wrong time can have a rather unfortunate fallout. It is best used when the target is either stunned, or you have no other currently available moves. The kick can be used to put some distance between you and the enemy, however this is risky due to it´s startup. If you have the Unrelenting brutality upgrade, this attack becomes far more viable, as it staggers enemies.

Half crescent (M2) is a far more useful attack than Impale, as it has a short startup, quick attack, and good damage, as well as a stun. It can be used to quickly preform a good hit, while not risking much in the process.

Chains of Retribution (SHIFT) is extremely useful, as it both incapacitates enemies, damages well, AND heals, all in one. Like Half Crescent, it can be used as a quick attack for good damage, or it can be used as a healing method, or both. You can move freely during the duration of the attack, so it allows you to attack the target whilst it is being drained. Overall incredibly useful.

Summon Hologram (Q) is a massive gamble, as you have no way of knowing what host is going to appear. When using this attack, it is best to stay close to the target, as both ranged and melee attackers can hit that way.

Impale (M1 Combo): Quickly thrust forward with it's arm blade, and impale the enemy for 10 damage. Can be used again during the animation to initiate a combo, in which he kicks the enemy for another 10 damage, sending them back. However, this does not stun nor stagger

Half crescent (M2): Dash forward to impale an enemy for 15 damage, and if it hits, lift the enemy up and slam it into the ground, dealing 20 damage, stunning for 2 seconds, and creating a shock wave that damages nearby enemies for 10 damage. [8s CD] Using this at full charge doubles the damage and depletes 50 charge.

Chains of Retribution (Shift): Fire out a chain that has a distance of 60 studs. Hitting an enemy with the chain causes it to be stunned for 5 seconds, as 5 chains are attached to the target and deal 50 damage over 5 seconds, and healing you 25 health over 5 seconds. [14s CD] Requires 30 charge. Using this at full charge increases the duration of the stun to 8 seconds (Does not include damage over time or healing), and depletes 75 charge.

Summon Hologram (Q): Summon a random host hologram to preform an attack. [22s CD] Summon Invader to preform a spin slash that deals 4x4 damage, and heals you by 3 per hit Summon Prophet to preform a heavy strike that staggers and deal 100 damage. Summon Witness to preform a smite that stuns for 2 seconds and deals 40 damage. Summon Artisan to preform a barrage that fires 20 bullets deals 2 damage per bullet, and build a sentry that degenerates 2 health per second second and shoots at a rate of 0.3/s (40 HP, 3 DMG) Summon Vestige to preform a snipe that has 50% critical hit chance, doubling damage, which heals you 10 health, and staggers. This does 24 damage. Summon Visitor to preform a beam attack that hits for 2 damage 32 times over 2 seconds, then a 64 damage final hit. heals 8% health if fully channeled. Summon Subject to throw 3 random potions Summon Parting to preform a Pummel for 3x10 damage, and a punt for 30 damage. Summon Dreamer to preform a signature move that deals 100 + 50% max health as damage. However, this is much rarer than the others. Requires 40 charge. using this at full charge summons 2 hosts and depletes 80 charge.

Charge(Passive): Taking or dealing damage gives charge equal to half the damage, indicated by a number above the move. Each point of charge gives 0.7 armor. Some moves require charge to use, and these moves will not give charge.

Launch 8 homing spikes from your body that stagger for 10 damage each. [10s CD] Requires 25 charge If used at full charge, launch 15 spikes and drain 65 charge

Stab the ground, causing spikes to erupt all around you that stun for 3 seconds and deal 30 damage each. [15s CD] Requires 50 charge If used at full charge, spikes also erupt under all enemies and drains 100 charge

Fire a 20 damage laser that pierces, and upon contact, spits into three smaller lasers that fire at the next nearest enemy for 10 damage. [13s CD] Requires 40 charge. If used at full charge, fire 3 lasers and drain 80 charge

String - Fate Reversed: Getting hit causes the next impale to do 20% more damage, to a max of 200%

Path - Intertwined: Casting an ability changes the next impale to a slash that deals 150% damage, staggers, and reduces cooldowns of abilities by 2 seconds on hit.

Path - New Moon: Using Half Crescent after using Impale causes a second slam to be preformed that deals another 20 damage. Using another ability after impale cancels the effect.

Path - Twin Strike: When using Half Crescent, Instead of a slam, throw the enemy forward until it collides with a wall. Other enemies hit by the thrown enemy will be dealt 15 damage. Passively increases the distance traveled in Half Crescent by 75%

String - Poison: Half Crescent applies a poison effect that deals 25 damage over 5 seconds.

Path - Moonfall: Successful hits with Half Crescent causes 10 small moon rocks fall from the sky, dealing 5 damage each and staggering.

Path - Infinite Suffering: Enemies that survive Chains of Retribution take 75% more damage and give 25% more charge for the next 7 seconds.

Path - Roulette of Dreams: Dreamer has a higher chance of appearing when using summon

Path - Program Errors: Holograms summoned now explode for 20 damage when they disappear. Reduce the charge cost of summon by 10.

Code - Echoes in Your Head: Summon can now summon Equinox, Bloxxer, Drifter, Hot Rash, Hellion, and Buffoon. -Summon Equinox to preform a combo of slashes. Hitting with the black swords heals you by 50% of the damage dealt. Hitting with the white sword inflicts Brightened. Each blade deals 8 damage.

-Summon Hellion to drive a car into enemies for 90 + 20% max health as damage.

Path - Overcharge: Increase max charge to 150. Max charge bonuses still apply when reaching 100 or more charge. Any charge above 100 will not give armor.

Algorithm - Protective Module: Every 25 charge gained gives a 10 health shield, max of 50. Increases the armor gained from each point of charge by 0.05.

Algorithm - Converter Module: Each point of charge increases damage by 0.6%

Enemies killed by you are revived as a hologram that fights alongside you. These holograms have 50% their original stats and carry out their normal AI. 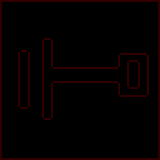 Beat the game as morphed

Automatically activates when taking fatal damage. Rewinds time by 3 seconds, and all damage taken in the next 10 seconds is reflected. Can be manually activated to do the same effect for 3 seconds. 15 second cooldown. Overclocked doubles damage reflected and dealt during it´s duration, and reduces the cooldown to 10 seconds. 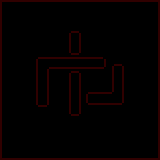 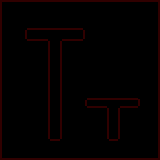 Using morphed, complete Luminescent Lights stage on seconds, without any Hands of Time content. This includes Turbocharged, Overclocked, and any HoT Tempo or Host. Chromashift is allowed.

Activate to boost all of your stats by 25% for 25 secods. 50 second cooldown Overclocked gives a passive and permanent 10% stat boost that stacks with the 25% boost. Reduce cooldown to 35 seconds. 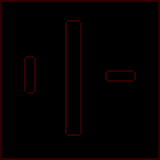 Defeat every possible enemy and boss with Morphed. This unlock condition carries through playthroughs.

Activate to swap out the enemies on the board for different ones. Swapping enemies will reset their health to max. Cannot swap an enemy out for an enemy that was already defeated. 15 second second cooldown.

Overclocked causes the swapped enemies to become holograms that have 25% their original stats, and fight for you. 2 holograms are able to be active at once.