Beating the game on Seconds (minutes on mobile)

"He defies the laws of reality, making energy and matter from nothing. He truly is, the ultimate lifeform."

The Subject is one of the fifteen Hosts featured in HOURS.

Subject is unlocked after completing the game on Seconds Difficulty on PC or Minutes Difficulty on Mobile. He's mainly a ranged host that is known for creating potions with key combos, creating a unique play experience from other hosts.

The Subject appears as a gray humanoid with pink transparent body parts. He wears a gas mask and wields a lightsaber-esque sword. His icon represents his face, gas mask in all. It also looks like a potion.

Subject is awarded only to players who have shown they can handle the game at its hardest, and it's easy to see why -- This host is by no means easy to learn or master. His unique control scheme will likely take some time to get used to, but the payoff for memorizing keystrokes -- or rather, key/mouse-strokes -- is well worth it.

Subject relies on a unique mechanic for survival: Potions. Potions come in two forms: Imbued and thrown. Imbued potions are used to coat Subject's sword, providing special boosts to his Strike, and thrown potions affect Subject or enemies directly. There is both an imbued and thrown version of every potion.

Strike (M1) is Subject's basic attack which deals decent damage. This damage is increased both directly and indirectly by imbuement from potions.

Consume (M2) allows Subject to use one of his brewed potions, either coating the sword (imbuement) or throwing the potion either at his feet or at enemies, depending on the thrown potion's effect. Note that Subject can only have 3 active imbuements at a time.

Blink (SHIFT) Teleports Subject forward in the direction he is facing, during which time he is immune to damage and crowd control effects. This skill is unaffected by Auto-Aim.

Brew (Q) Is used to brew one of Subject's many potions. Once pressed, Subject will become stationary, and the ability keys are used as a code input for the desired potion.

Alternative to inputting a full code, You can begin the input with Q to quickly brew the last potion you made, or E to brew a random potion.

For more information on Potion mechanics, see the Abilities and Potions and Upgrades sections below.

Strike (M1): Strike for 14 damage. Damage is increased by 4 for each active imbue.

Blink (SHIFT): Become invulnerable and teleport in the direction of which you are currently facing. (3 second cooldown).

Fermented Spider Eye: Blood's damage bonus is increased by 6.25% per second of duration left, up to 150%.

Vampiric Blood: Blood grants 15% lifesteal to melee attacks when active. Blood's bonus damage is increased proportionally to your missing health, up to 150%.

Ionized Plasmavine: Lightning's damage is increased proportionally to the target's remaining health, up to 100%. Lightning removes all shields from the target.

Storm Dangleroot: Lightning deals 5% of the target's maximum health as damage and stuns for twice the duration.

Inverted Rainwater: Water heals 100% more when health is above 50%.

Pressurized Ether: Increase Wind's speed bonus by 25%. This bonus increases to 100% over 3 seconds and resets when attacking or getting staggered.

Tempest Cloud: Cooldowns recharge 50% faster while Wind is active. Wind grants an additional 50% speed bonus that decays over 2 seconds after attacking or getting staggered. Passively increase Wind's speed bonus by 25%.

Biting Frostweed: Frost deals 4 damage for every second its duration is increased.

Nettleberry Extract: Poison's damage is increased by 0.33 every time it deals damage.

Rose of the Reaper: Poison deals damage 100% more frequently when the target's health is below 50%.

Essence of Dynamite: Fire deals up to 100% bonus damage and knockback the closer the targets are to the centre of the explosions.

Ashen Bone: Earth reduces damage taken by 5 while active. Gain knockback resistance and reduce the duration of stuns, silences, and disarms by 75% while active.

Lily of the Void: Enemies afflicted with Shadow degenerate 8 health over 0.5 seconds whenever damage is taken. Prevent healing while active.

Crystal Glowpetal: Taking damage while Crystal is active will give shields equal to 40% of the damage taken.

Fractal Growth: While Crystal is active, gain 2.5 shields per second up to 50. Increase the number of shields granted by 20%. 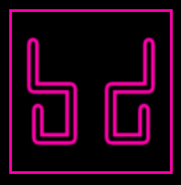 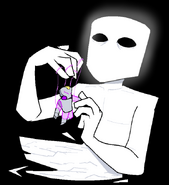 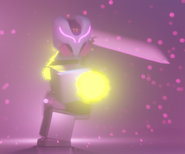 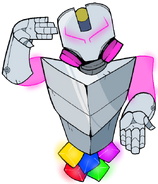 (Made by Sombreroman#9719)
Community content is available under CC-BY-SA unless otherwise noted.
Advertisement