"Enslaved by fate, he foresees, and makes it true. With dull eyes, he looks forward to the end of the line, after which the rest is blank."

The Prophet is one of the fifteen Hosts featured in HOURS.

The Prophet is a host based around heavy attacks. He can be unlocked by completing Peacock Peaks. He focuses on heavy singular hits to deal massive damage. His True Name is Doomdestine.

The Prophet has a blue color scheme and wields a large light-spear. The spear has a crystal embedded on its head and has a gray handle. The Prophet also appears to be wearing a crown of some kind which resembles a classic Roblox hat known as the Domino Crown.

The Prophet is the fastest tank host. His attacks appear slow, and they have blind spots in front of him, but their massive damage compensates.

Stab (M1 Combo) is slower than most basic attacks, but deals more damage than others in addition to having a longer range. The combo cycles through 3 slightly different spear lunge animations with the same hitbox.

Heavy Strike (M2) has a very long windup time, but if it hits, it deals extremely high damage, even to bosses. Heavy Strike tends to rely on tempos to land a hit, whether that tempo is used to stop or slow time, accelerate your own time, or get a second chance at attacking. The most highly recommended Tempo for this purpose is Star, as it shares its duration and cooldown with Heavy Strike.

Dash (SHIFT) Works very quickly. It covers a shorter distance than other dash skills, but has 2 charges. It is unaffected by auto-aim.

Regeneration (Q) heals Prophet for (by default) 3 HP every 0.5 seconds until out of charges. (When the skill is activated, all charges will be consumed.) Like most of Prophets obtainable abilities, this ability has a unique cooldown system: Rather than a time-based recovery, a charge is regained every time a Stab deals damage.

Flurry quickly stabs 4 times for the same damage of a normal Stab on each hit. Each hit from Flurry counts as dealing damage with Stab to gain charges of Regeneration. This ability has no cooldown; it is recharged by dealing damage with Stab 10 times after being used. If all stabs of Flurry hit a target, this number is effectively reduced to 6, so the attack should be used confidently.

Sky Break Javelin throws a spear of light at enemies. Enemies damaged by the spear are impaled and travel with the spear. After 1 second of air time, or when it hits a wall, the spear will explode for additional damage. This ability has no cooldown; it is recharged by dealing damage with Heavy Strike. Because Heavy Strike is typically rather difficult to land a hit with, this skill should be used before attempting a Heavy Strike if it is available to gain the most possible opportunities to use it; if a Heavy Strike hits while this skill's cooldown is refreshed, a use of this skill is wasted.

Awaken, My Servant summons a Lost Lancer for 24 seconds. It deals moderate damage and has slightly less HP than an average host. This ability has no cooldown; it is recharged by dealing 300 damage.

Follow Up is a perk that can be taken pertaining to Heavy Strike. Each time Heavy Strike deals damage, the next usage of Stab becomes a Whirl instead, a spin attack which can hit twice and deals the damage of a Stab on each hit with a quarter of the damage dealt by the last Heavy Strike as bonus. Both hits from Whirl count as dealing damage with Stab to regain Charges of Regeneration. Because this attack effectively allows Prophet to deal almost all the damage of a Heavy Strike, it should be used immediately after the Heavy Strike while the enemy is still stunned so it cannot miss, as the name of the perk promotes.

Regeneration (Q): Consume all charges, healing 3 health over 0.5 seconds for each charge consumed. Holds up to 10 charges.

Activate to consume all charges of Regeneration to unleash an explosion, dealing 20 damage. Deals 10 bonus damage and stuns for 0.3 seconds for each charge of Regeneration consumed. Can be used while using other abilities. 20 second cooldown. [ID : 21]

Ground Inferno Lance: Stab applies Burn, dealing 3 damage per second and decreasing armor by 10 for 4 seconds. Successive attacks refresh the duration and increase the armor debuff amount by 10 up to 50. [ID : 2]

Hard Light Spear: Stab shoots a flying spear that deals 10 damage and grants 1 charge of Dash for each hit. [ID : 3]

Thirst for Battle: Stab increases the duration of active Regeneration by 1.5 seconds. [ID : 1]

Eyes of the Death God: Heavy Strike grants 5 stacks of Regeneration. All healing received will increase the damage of the next Heavy Strike by 150% of the healing amount. [ID : 7]

Follow Up: Heavy Strike changes the next Stab to Whirl, dealing 20+25%x2 of the total damage dealt by Heavy Strike as damage. [ID : 6]

Overflowing Vitality: Heavy Strike heals for 20% of the damage it deals. Half of excess healing is transformed into shields. [ID : 12]

Tremble in My Presence: Every time Regeneration heals, deal 10 damage to nearby enemies. [ID : 17]

Eyes on Me: Whenever a charge of Regeneration is gained, heal 3 health. [ID : 13] 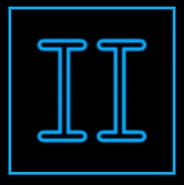 A closeup of Prophet's Spear 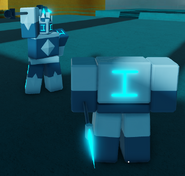 Prophet and his minion, Lost Lancer 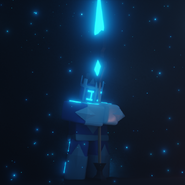 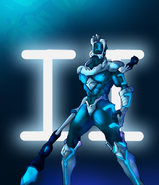