All Seeing, All Knowing, All Possessing - Whitespace

For the boss with similar appearance and attacks to this host, see Resident Mind.

"His mind taken over, his body no longer his. He robbed the world of its prayers, and lost his own, to die and be at peace."

The Dreamer is one of the fifteen Hosts featured in HOURS.

The Dreamer can be obtained after completing the game once with every first page Tempo, and by extension owning the Hands of Time Gamepass. He is mainly a ranged host and is known for his poor health but high damage. His true name is Whitespace.

Dreamer's appearance is identical to that of Resident Mind: A completely white humanoid with two gray eyes that constantly floats above the ground.

Dreamer is the Host version of Resident Mind, and is rewarded to those who has completed the game Tempo on the first page, including the Tempos locked behind the Hands of Time gamepass. Although his's Miliseconds passive grants enemies higher HP and reduces his own maximum HP, his upgrades granting him the ability to deal more damage and his numerous abilities makes up for this.

Dreamer's second passive, Energy, is used up every time an ability is used. Without it most of his abilities cannot be casted. Obtaining more abilities through upgrades increase it's maximum Energy capacity and lowers the Energy cooldown

Sear (M1) has a small wind up and deals a low amount of damage. However, it does not need Energy to be casted.

Burst (M2) summons a pillar of light, dealing medium damage to every enemy within it. While it can be spammed due to it's low cooldown, it costs 1 Energy to cast every time.

Hover (Shift) lets you travel at extreme speeds, granting the fastest movement in the game at the cost of Energy not recharging while used.

Eruption (Q) summons several pillars of light in a straight line, dealing medium damage each pillar and slowing down enemies hit by 50% for 3 seconds. With a medium cooldown and costing 1 Energy cast, this can be used as a starting attack for any range.

Hover (Shift): Toggle faster movement. Energy does not regenerate while active. Use again to stop.

Energy (Passive 1): Abilities require Energy to cast. Regenerate 1 Energy every 5 seconds and hold up to 4 Energy. Hold 1 extra Energy and reduce the cooldown by 0.5 seconds for every new ability you obtain.

Milliseconds (Passive 2): When playing as the Dreamer, enemies have 50% more health and you have 50% less health.

Activate to consume all Energy to fire a bouncing, exploding and piercing orb of energy that deals 50 damage. Each Energy consumed adds 1 bounce. 30 second cooldown.

Activate to fire a large beam of energy that sweeps over a wide area, dealing 150 damage. Consumes 2 Energy. 20 second cooldown.

Activate to pull all enemies towards a location and deal 30 damage over 4 seconds, refreshed every time the target takes direct damage. Consumes 1 Energy. 8 second cooldown.

Activate to rise up before smashing down at the nearest enemy, dealing 80 damage and gaining 10 shields. Consumes 1 Energy. 6 second cooldown.

Activate to cause many eruptions to happen in a wide area, dealing 60 damage and granting 1 Energy for each hit. Consumes 1 Energy. 15 second cooldown.

Activate to slam enemies with a piano, dealing 100 + 50% of the target's maximum health as damage and stunning for 5 seconds. Consumes 5 Energy. 60 second cooldown. (Note: This attack does not grant invincibility while in use.)

Fractured Spheres: Sear increases your power by 5% for 5 seconds on hits, up to 30%. Every 5 seconds, the next Sear fires three orbs in a spread.

Splitting Spheres: Sear deals 40% more damage. Sear fires 2 orbs to the sides when hitting and 3 orbs at the nearest enemy when colliding to deal 4 damage.

Psionic Break: Burst reduces the armor of enemies hit by 25 up to 100 for 5 seconds and knocks enemies away from its centre.

Psionic Flux: After 1 second of casting Burst, a second Burst is cast at your location.

Psionic Overload: Burst will create 8 smaller bursts in a ring that deal 20 damage each. Burst and rings stun for 1 second.

Psionic Echo: Another line of eruptions is created in the opposite direction after ending.

Psionic Reverb: Eruptions that hit will recast another Eruption in the same spot.

Energy Beam: Energy is not consumed every 4th time it is used. Casting an ability turns the next Sear into a beam that deals 10 more damage.

Energy Feedback: Energy's cooldown is reduced by 3% of the damage you deal.

Energy Fissure: Deal 3 damage every second around you passively. Consuming Energy increases this damage by 100% up to 400% for 5 seconds and increases your speed by 600%, fading over 0.25 seconds.

Energy Shield: Gain 5 shields for 3 seconds and reduce all cooldowns by 0.75 seconds whenever Energy is consumed.

Psionic Burn: Attacks that deal 20 or more damage apply 16 stacks of Psionic Burn on hit. Every 0.5 seconds, enemies with Psionic Burn take damage equal to the number of stacks they have and lose half of their stacks. 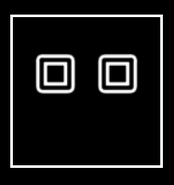 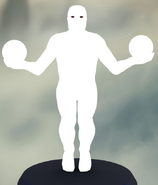 Vibing Dreamer (No username given)

(Made by andrew?#2006)
Community content is available under CC-BY-SA unless otherwise noted.
Advertisement