Hosts are the characters that you are able to play as in HOURS. There are currently fifteen hosts in the game, with more likely to come in the future (Invader, Prophet, Witness, Artisan, Vestige, Visitor, Subject, and Dreamer, but on page two there's: Parting, Equinox, Bloxxer, Drifter, Hot Rash, Hellion, and Buffoon). They all each have a unique set of abilities that promotes certain playstyles and synergizes well with particular Tempos. Each host has a different icon for it, representing its face and its weaponry. (E.G. Witness's icon looks like a ukulele)

A dope remake of the games thumbnail (Made by DarkMinerals#9739) 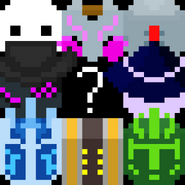 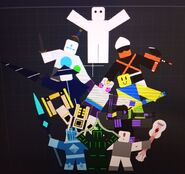