Buffoon is a host added on the April 1st update.

Buffoon can be unlocked by completing a unique in-game meta-puzzle known as Buffoon's Puzzle (See Unlock/Puzzle Solution for hints). He has no abilities of his own, instead taking the powers of other enemies to use for himself with his upgrades. His true name is Lafoole.

Buffoon is mostly a recolor of the enemy Astral Hermit, but he features a duck symbol on his chest instead of a lightning bolt.

Buffoon begins the game with the abilities of Astral Hermit, being able to fire homing projectiles and run away from hazards. However, as the game progresses, he can obtain the powers of other enemies for himself, all with an added duck theme.

Bolt (M1) fires a homing projectile which deals high damage and staggers enemies. With a certain upgrade, Buffoon can carry a second charge of this skill.

Bolt-EX (M2) fires a much larger homing projectile, which travels faster, deals triple the damage of Bolt, and silences enemies on hit, with unique cooldown rules (see below).

In addition to these basic abilities, Buffoon can gain additional skills and perks with his upgrades. Some of these operate independently (usually passively or automatically activated), and some are activated through a combat mechanic unique to Buffoon known as the Spell Combo. When Bolt-EX is activated, if Buffoon has at least one upgrade that grants an ability that isn't shown in the action bar, a Spell Combo begins. Activating Bolt-Ex again during this time will cast the next spell. The order of the spells being cast will always reflect the order in which they were obtained through upgrades (Exception: The ability of "Aspect of War" will always activate first, then Bolt-Ex, then the order proceeds as normal). If the standard Bolt is used during this time, the cooldown of Bolt-Ex will be reduced by 1 second when it begins (this effect can stack). The Spell combo ends after either all available spells have been used or an obtained spell is not cast for 4 seconds, whereupon Bolt-Ex's cooldown begins. For more information on the spells that can be chained, see Upgrades.

Bolt: Fire a homing spell bolt for 15 damage. Reduces the cooldown of Bolt-Ex by 1 if used in the middle of a spell combo. [2s CD]

Bolt-Ex: Fire a stronger homing spell bolt, dealing 45 damage and silencing for 3 seconds. Can be reactivated to use other spells in the spell combo. Triggers the cooldown when all spells in the combo are used, or has not been used in 4 seconds. [8s CD]

The 14 phrases are a reference to "Dios Diary" from JoJo's bizarre adventure.

The "Buffoon's puzzle" is given as follows:

How to unlock Buffoon:

(All upgrades are abilities from different enemies, with some additional benefits.)

Aspect of Force(Seventh Blossom): Sprint can be activated to perform a dropkick, dealing 20 damage. Recharged after walking 50 studs. Sprint's cooldown is reduced by 1 second and is used automatically when moving.

Aspect of Blight(Toxic Teapot): Bleed pools of poison that cause enemies to degenerate 4 health per second and take damage from healing.
Venomshank (spell combo): conjure a sword and perform a spin attack, dealing 30 damage and poisoning enemies.

Aspect of God(Wingless Angel): Falling below 50% health causes the next instance of damage to heal you instead. Repel nearby projectiles. [10s CD]

Aspect of Steel(Circuit Breaker): A laser falcon shoots lasers at enemies periodically and when you attack, dealing 10 damage.

Aspect of Arts(Astral Hermit): Bolt increases the damage of the next spell by 60% and vice versa. Increase the cooldown reduction of bolt by 1 second.

Aspect of Hunt(Nightmare Catcher): Drop of tripmine that deals 15 damage when sprinting. Bolt-Ex deals 30 extra damage and hits an area.

Aspect of War(War Erude): Killing enemies heals you by 10.
Altair (spell combo): Increase your armor, speed and power by 50% for 5 seconds. Once gained, this will always be the first spell in your combo.

One of Buffoon's Duck Monsters. 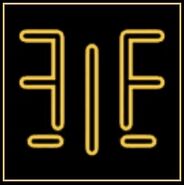